TRUMP POISED TO SIGN "BEAUTIFUL MONSTER" OF A DEAL WITH CHINA

Trump Poised to Sign ‘Beautiful Monster’ of a Deal With China

President Donald Trump is poised to sign a deal with China on Wednesday that for the first time would punish Beijing if it fails to deliver on pledges related to its currency, intellectual property and the trade balance.

But the question set to dog Trump the moment the ink dries is whether the pact will rewire the relationship between the world’s biggest economies. For many in Washington, U.S.-China economic ties have become an example of the evils of globalization, the tensions of 21st century technology and geopolitics, and the missteps of past presidents.

The “phase one” deal that Trump recently called a “big, beautiful monster” is by no means a standard trade agreement: At 86 pages, it’s thinner than most on substance and commitments. The U.S. agreed to halve 15% duties on $120 billion of imports and delay others in return for Chinese promises to make structural reforms and purchase an additional $200 billion in American goods and services over the next two years. The full text will be released Wednesday. 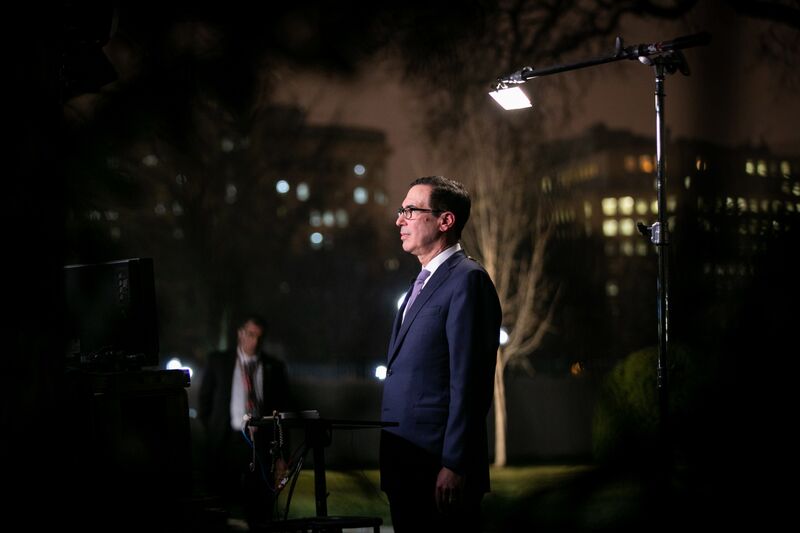 Still, it leaves significant issues at the heart of China’s model of state capitalism, such as restraining industrial subsidies and state-owned companies, to future phases. Punitive tariffs are expected to remain on almost two-thirds of U.S. imports from China – some $360 billion in goods – until at least November’s election: Treasury Secretary Steven Mnuchin said Tuesday the U.S. would only consider more tariff relief if China signs a phase-two trade deal.

“This is an enormous achievement for the president and the economic team,” Mnuchin told reporters in Washington, adding that no firm date was set for phase-two trade talks to begin. Vice Premier Liu He, China’s top trade negotiator and President Xi Jinping’s main economic adviser, will be leading the Chinese delegation at the signing ceremony.

The deal also embraces a level of Socialist-style central planning that would have made past American presidents wince.

While trade pacts traditionally set the rules and leave the details of actual commerce to markets, the one that Trump’s team has negotiated includes a classified annex that details the $200 billion Chinese buying spree. That includes some $32 billion in additional purchases of American farm exports and $50 billion in natural gas and crude oil, according to people briefed on its contents.

The administration insists the different nature of the deal is by design and that it won’t need the approval of Congress. “This is not a free trade agreement,” it told supporters in a memo last month. “Its purpose is to rectify unfair trade practices.”

Still, its failure to address issues like industrial subsidies prompted some China experts to insist the deal falls short of Trump’s promises and raise questions over whether the economic pain it has yielded in some sectors of the U.S. economy was worth it.

“I’m prepared to be disappointed by underwhelming details, but I’d love to be surprised with previously unreported major Chinese concessions that would make this long and windy trade conflict feel worth it,” said Scott Kennedy, an expert on U.S.-China economic relations at the Center for Strategic and International Studies.

Read: Questions remain over whether Beijing will live up to the deal

Supporters of the president and former aides argue Trump has been able to accomplish many of the goals he set when he began to push China to embrace a new round of economic reforms in 2017.

“It’s a major victory for the president,” said Stephen Vaughn, who until last year helped oversee Trump’s trade policies as the general counsel and right-hand man to U.S. Trade Representative Robert Lighthizer. “He has gotten China to make stronger commitments than it has made in previous agreements.”

For Xi, the deal stops the bleeding on a nearly two-year trade war at a time when he’s facing an economy growing at the slowest pace in three decades and unprecedented protests in Hong Kong. He struck an optimistic tone at the start of 2020, touting “extraordinary Chinese splendor and Chinese strength.”

“In the face of severe and complex domestic and foreign situations and various risks and challenges, we have been able to move forward firmly,” Xi told party leaders last week.

But a host of complications remain. The U.S. and China are poised for heightened confrontation on industrial policies, geopolitical hot spots like Taiwan and the South China Sea, and Beijing’s detention camps for ethnic Uighur Muslims in China’s far western region of Xinjiang -- all areas that Xi’s critics say could’ve been handled better.

The most likely immediate flash point is the future of 5G and the fate of Huawei Technologies Co., China’s flagship tech company. The Trump administration is considering steps to further limit the ability of U.S. companies to supply Huawei, in addition to pressuring countries around the world to avoid using its equipment for 5G mobile networks.

Trump, meanwhile, is marching defiantly into an election year despite his impeachment by focusing on an economy that is continuing to grow robustly, albeit at a slower pace. A majority of Americans – 51% – for the first time credited Trump for having either “strongly” or “somewhat” helped the U.S. economy, according to results of a survey released last week by the Financial Times and the Peter G Peterson Foundation.

That represents a seven-point jump from the same survey conducted in November, ahead of the Dec. 13 announcement of a finalized trade deal. The survey also showed voters were attuned to the trade war, with more than three-quarters of Americans saying it had a “very strong” or “somewhat strong” impact on the economy.

The president has also used the deal as a cudgel to attack Democratic rivals, frequently arguing that the Chinese got the better of former President Barack Obama when leading Democratic presidential candidate Joe Biden served as his vice president. During the same campaign rally last week in Toledo at which he hailed his “beautiful monster”, Trump mocked South Bend mayor Pete Buttigieg as unable to confront China.

“Can you believe Mayor Pete? This is going to be the President of the United States? How would he be against negotiating against President Xi of China?” Trump said. “And we just made one hell of a deal.”